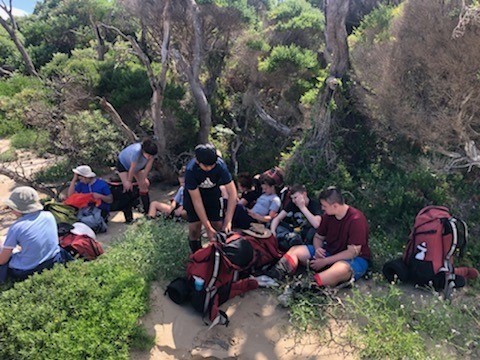 The Year 8 students went to Wilsons Prom for a week-long camp on the Monday 10 February. They participated in many activities such as hiking, paddle boarding and removing a non-native plant species from the beach. There were five groups consisting of boys and girls. Groups learned about invasive plant species at the Prom. One of these being the sea spurge which spreads rapidly, displaces native vegetation and changes the structure of beaches.

The Year 8s were challenged and pushed to their very best through activities such as, hiking, setting up tents and cooking food each day. They all showed initiative by cooking their own meals and pitching their own tents. Teamwork was a key part of the program, with each of the groups helping each other overcome the various challenges of the camp.