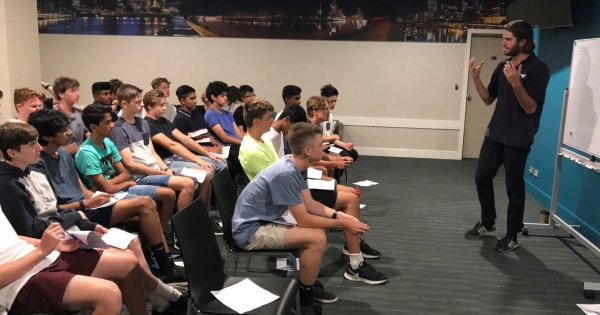 In the second week of February, the Year 10 boys took part in a three-day seminar with activities such as focusing on building study skills and goal setting, improving leadership and teamwork. On the first afternoon the boys participated in a session that required them to think laterally, test their physical capabilities and listen to each other in order to achieve a common goal. The following morning, they heard from a young academic highflier who gave them some tips on how to perform at a high level in VCE. The boys were also fortunate to have World Champion Aerial Skier, Jacqui Cooper, share with them how she reached the pinnacle of her sport.

At night the group practiced their teamwork playing laser skirmish and pushed their boundaries on the ice skating rink in the Docklands. The boys took a ride on the Melbourne Observation Wheel, taking in night time views of the city and surrounding areas. To conclude an exciting three days, the boys enjoyed a stand up paddle board and kayaking lesson on St Kilda Beach.

The program was designed to help the boys prepare for the pressures and challenges that lie ahead in Year 10 and VCE. The aim was to further their ability to work cooperatively, show independence and learn in a new environment.