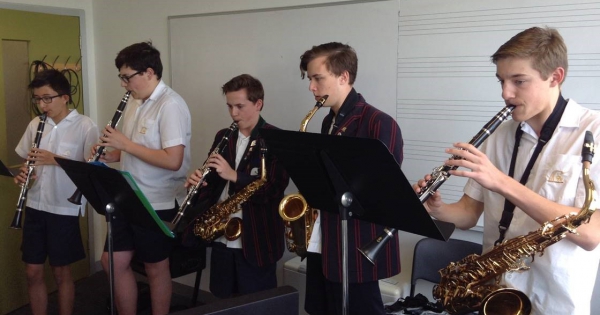 Over 35 instrumental music students from Berwick Grammar School have participated in the Southern Independent Schools music rehearsal days in preparation for The Big Night 20th Anniversary Concert. Students from over 10 schools have combined in rehearsals, creating a massed Choir, a Senior and Junior Concert Band. The final rehearsal and performance is to be held on Tuesday 28 March at the Drum Theatre in Dandenong. Also performing on the night is our Saxophone ensemble, who will be representing Berwick Grammar School in the concert program and also our Senior Guitar Ensemble, who will be providing entertainment in the foyer before the concert. The boys have enjoyed meeting students and teachers from other schools and working together on varied repertoire to ultimately perform in a professional concert venue.

The concert commences at 7.30 pm and tickets are $18.00, available online at www.drumtheatre.com.au