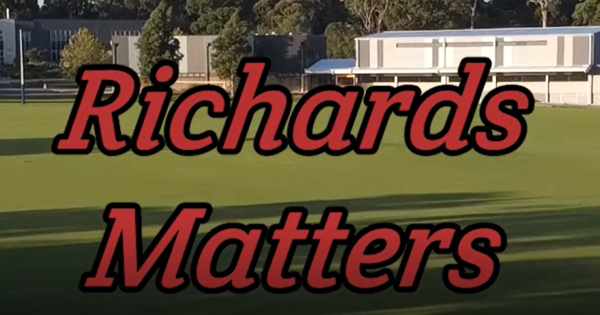 It has been a long break since we have all been together under one roof in Richards House but the time away has been spent well. It seems that everyone has grown taller in isolation. Students in Richards House were busy with different projects over the last two months.

Congratulations to start with going out to Matt Merrilees in Year 11 for achieving his Recreational Pilots License. After a few weekends of poor weather cancelling his test he was able to get into the skies and complete all the hard work, training and studying. Well done on such a great achievement.

The BGS Strava Challenge was filled with a lot of Richards’ students and staff getting out and enjoying the fine weather whether it was running, walking or cycling. Jordy G was a machine on his bike clocking up around 500km a week. The HPV Captain River was also keeping in shape on his bike. It was good to see Mrs McCarthy leading the walkers. Jake G and Amir A kept improving their speed and distance covered in their running.

If you haven’t had a chance to see the creative work of Patrick R in “modding” a Mario Kart in the shape of our beloved Rhino go to the school’s Facebook feed and scroll down to see him in action racing around the track. Brilliant work Patrick with the technical details and creativity.

While in isolation one of our big projects to show that we were connected even while separated was the world premiere of Richards Matters. It was a collaboration of staff and students putting together a video and then seamlessly edit by Navaal. This has been posted to the school Facebook for you to have a look.

The return of the full cohort were witness to the push up challenge between Mr Dunstan and Mr Ashcroft. It was an intense affair with Mr Dunstan showing that he is still a powerful work horse even though he is in 50s. After spotting him a 15 push up handicap Mr Ashcroft was able to squeak out a close victory in the end.