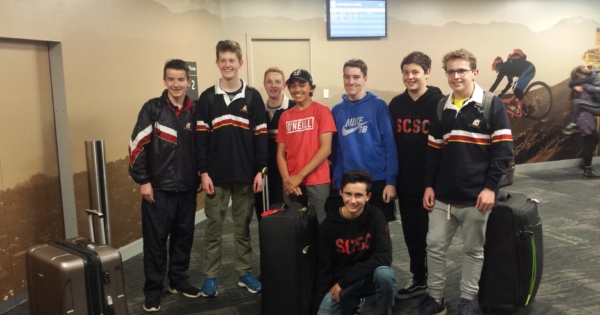 Four boys from Year 9 are spending the final week of term at Scot’s College New Zealand on exchange.  After their host brothers spent a month here in April/May, our boys now finally have their chance to explore the world.  They have carefully chosen their electives at Scot’s, and are looking forward to some of the sights and scenery of beautiful New Zealand, and perhaps even a few adventures.  While bungee jumping was on some boys’ lists, many preferred the idea of a quieter day at Hobbiton.  Mainly they were pleased for a chance to renew the connections made with host families previously.