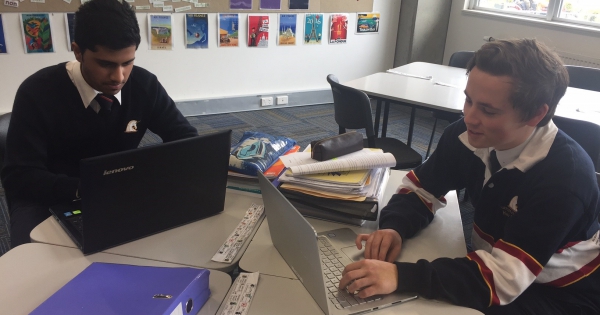 On Wednesday 16 August, the Year 8 boys at Berwick Grammar school took part in a treasure hunt around the school in French. The boys had just finished a unit labelled ‘around town’ and put their knowledge and understanding of the French language into practice. The boys had to collect ten hidden clues scattered around the grounds and follow the given directions. Our winners needed to demonstrate leadership, team work and collaboration as well as a thorough knowledge of French vocabulary. Well done to all of those involved!

The dates have arrived! The VCE Language boys have been given their oral exam dates this week. VCE French students will have their exams on Tuesday 24 October while VCE Chinese students will theirs on Tuesday 17 October. The boys have been working hard on getting extra practice with before and after school workshops. The recent arrival of language assistants has been of huge benefit for our senior cohort in developing their speaking skills. We wish our boys all the best of luck for this challenging exam. 9 weeks to go!