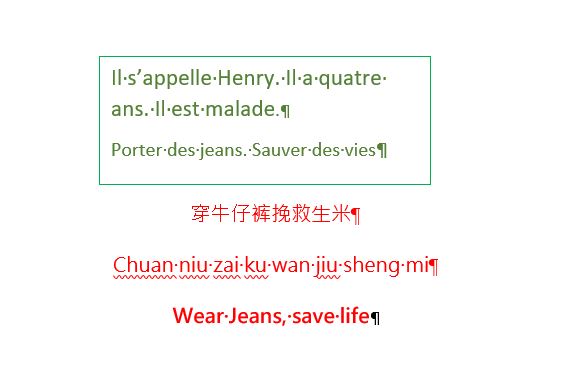 The Jeans for Genes Campaign 2018 at Berwick Grammar School took on a slight twist…a language twist.

In order to mark the day in Australia, students were invited to wear jeans and make a gold donation. Nothing new up till then… except that the posters for the day were designed by the Year 7 students during their language classes in French and Chinese. The two language classes joined forces for the project and designed posters.

Each poster presented a picture of a child suffering from a form of genetic disorder/illness and the texts were written in English and French or English and Chinese. The students first researched the official website of the Campaign, then chose a child whose story they wanted to tell. They then had to work on the sentence-structures, vocabulary and grammar in French and Chinese to be able to express their ideas. While doing a language task, the students were also brought to realise that second languages also opened a way for them to talk about the big issues of the world.

On that day and as part of a collective effort from BGS, we were able to collect and donate more than $175.