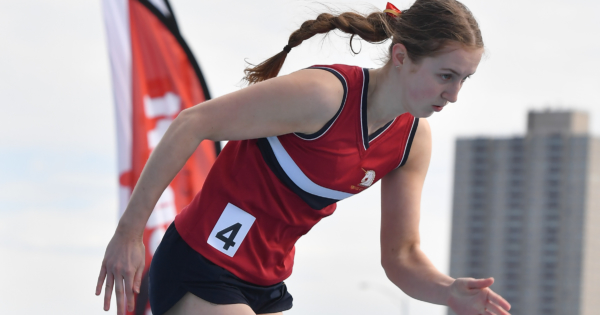 On Thursday 16 August, a team of over 70 athletes represented St Margaret’s School at the GSV Preliminary Track and Field Carnival at Lakeside Stadium. The team, led by Athletics Captain Ella Shone, put in a stellar effort throughout the day, matching it with many of the larger schools that we were competing against.

Ultimately, SMS finished 5th overall and were duly rewarded with the population trophy, a measure of our strength for our size. There were many highlights throughout the day, including Shae Jones of Year 11 who won the 100m, 200m, 400m treble, a feat not seen before in our athletics history. SMS now progress to the Division 3 Championship Carnival held on Wednesday 29 August. We wish all our athletes the best of luck in trying to bring home the trophy.