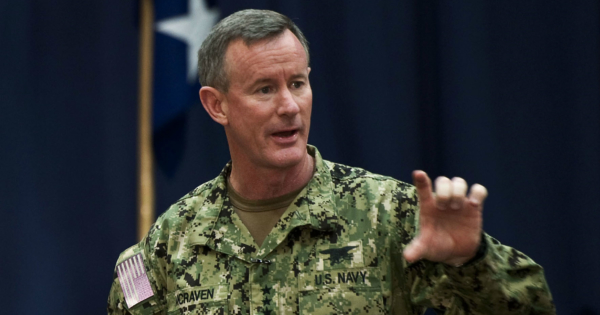 Don’t Be Afraid of The Circus – More McRaven Wisdom

What is ‘The Circus’ you might ask, and why would I be afraid of it?

The fifth of McRaven’s lessons talks about failure.  As a Navy Seal in training, if you and your swim buddy finished last in a swim leg, you got sent to ‘The Circus’ – extra training for those who aren’t cutting the mustard, so to speak.  I guess it is a bit like a detention where you re-do your work.

When McRaven was sent to The Circus, he felt discouraged.  All the extra exercise was exhausting and he worried that he would continue to perform below standard as he was worn out.  But as the days of extra training wore on, he soon realized he was actually improving.  It was not long after that, that he and his swim buddy finished first in their swim leg, well in front of the rest of their squadron.

It’s easy to be afraid of failure – to be stuck in the embarrassment of not achieving a goal, and sometimes publicly.  But failure is a temporary thing – each time we get up and try again, we are in the running for success.

It is much more helpful to see failure as an opportunity to learn – a chance to reflect upon what is and isn’t working and to move forward  – SMARTER.  Some people also call this a Growth Mindset – you can watch this YouTube video to learn all about it.  Some also call it Grit – you might like to check this Ted Talk out by Grit expert Angela Duckworth too.

Embracing either of these ways of thinking about what could be perceived as failure, is an absolute game-changer.

Our ego sometimes gets in the way of this.  But we need to outsmart the ego with a little bit of self-talk and positive thinking.  And a little bit of perspective – sometimes what seems like the biggest failures in the moment are often just a stepping stone to greater things.

If you can conquer yourself – this is a great stepping stone to conquering any challenge.

This article is the third in a series inspired my Admiral William H. McRaven’s famous Make Your Bed Speech – lessons that help you change the world.