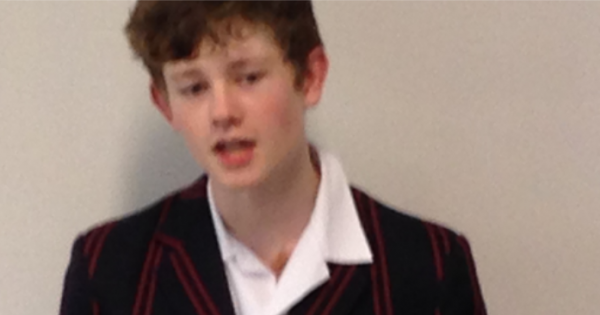 Round 1 of the DAV Debating season was held on 10 March, with BGS successful in four out of seven debates. This was quite an achievement for mainly new debaters, who showed considerable potential.

D Grade 2 had their lives made easier with a win by forfeit over Gippsland Grammar 2, and used the spare time for a friendly trial debate in which they honed their skills. D Grade 1 started strong with a solid five point win over St Margaret’s, Ben Scarborough putting in a quality show to end up with best speaker.

C Grade 2, comprised mostly of first-time debaters, did well against Gippsland Grammar’s seasoned, Swannie-winning Year 10s, in the end conceding by four points. Despite the loss, they definitely gained the respect of all for their tremendous efforts. C Grade 1 went down in a tight match against St Margaret’s, losing by two points in a high-quality debate. Given the narrow margin, they’re still in with a shot for the finals, and potential redemption in the power-paired Round 5.

B Grade 2 had a rough night, going down by four points to St Margaret’s 1. They’re looking to get one back against a formidable Nossal High outfit next round. B Grade 1 ended up on top thanks to the effort from Jack Murray, a score of seventy-seven earning him best speaker honours in a six point defeat of Newhaven College.

A Grade won convincingly against St Margaret’s with a significant five point difference, led by an amazing seventy-eight from our Enrichment Captain Daanyal Saeed, also earning himself best speaker for his incisive rebuttal. We can anticipate strong performances from our teams in the upcoming draw, where finals spots will be vigorously contested with such quality opposition as Gippsland Grammar, St Paul’s Anglican College, Nossal High, St Margaret’s and Berwick Grammar. All want to taste victory at this high point of their debating careers.