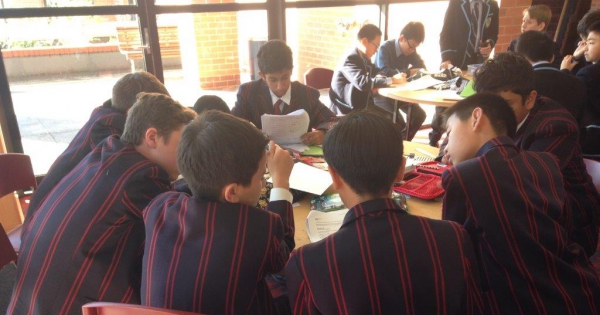 The competition is named after and inspired by Leonardo da Vinci (1452-1519), who is considered to be one of the world’s greatest thinkers and scholars. He demonstrated an ability to perceive the interconnected nature of knowledge and embrace learning with a lifelong passion. These are the very values that we aim to instill in our students and this was reflected in the way they approached this competition.

The boys worked cohesively as a team and ended in high spirits, performing very well overall.