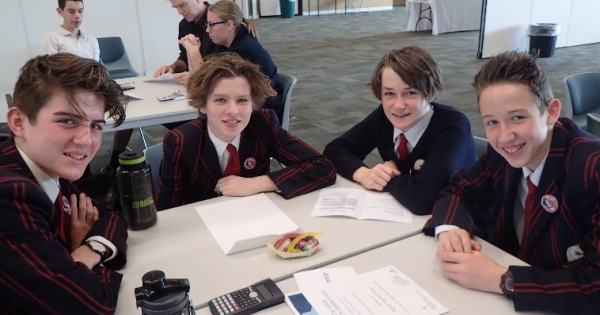 On Wednesday 16 August, two teams from Year 9 headed to Federation University in Gippsland for the annual Maths Association of Victoria Games Day. With high hopes for success, the boys planned their strategy on the bus. The day consisted of six rounds of competitions including Team Puzzles, Team Problem Solving, Games and a Team Relay. The boys worked hard together and were very competitive.

The two teams placed 6th and 10th respectfully from a field of 18. They were within 30 points of the competition leaders. A great effort from: Tristyn Mann, Armaan Kalia, Victor Cai, Mitchell Olschyna, Daniel Peart, Shawn Quinn, Peter Tolan and Noah Fleming, well done.