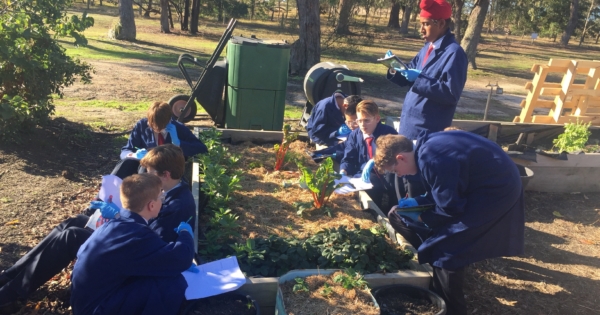 In no hurry at all, the Year 7 cohort was called for duty!

The students were provided with a dichotomous key. Using their scientific skills, they were required to identify and classify some of the plants in a local habitat, the one and only: BGS Garden.

The Year 7’s put on their detective hats and were given the following instructions:

‘This key will help you classify plants in a local habitat into their main divisions’. This key also allows flowering plants to be further classified into two groups called monocotyledons and dicotyledons’.

Leading up to the classification of the BGS Garden plants, the detectives documented their selected plants by making a scientific drawing.

Things the drawing MUST include:

Using the evidence documented, they were then able to classifying their plants under investigation.

How does this relate to the Victorian Curriculum?

The Year 7 students have discovered that ‘there are differences within and between groups of organisms; classification helps organise this diversity’ (The Victorian Curriculum).