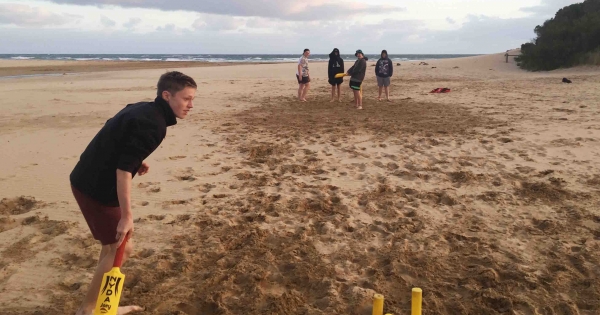 Last week the Year 10 boys travelled to Anglesea to take part in the annual surf camp. During the four days they had the opportunity to take part in surf lessons, stand up paddle boarding, river and ocean kayaking and an Amazing Race around the Anglesea River.

The boys gave each of these activities their best efforts and also got to spend some time bonding with their classmates and teachers. Led by Miss Zoe Clark, the entire cohort took part in a walk around the township of Anglesea and the Great Ocean Road, hiking up to one of the lookouts. The year level also played a beach cricket game between the two classes with Justin Lake’s massive hit straight down the ground for six off the bowling of Ben Easton a highlight.

I would like to thank the teachers involved, Miss Zoe Clark, Mr Sean Pieper, Mr David Diston, Mr Anthony Smith and Mr Scott Chittenden for their assistance over the four days