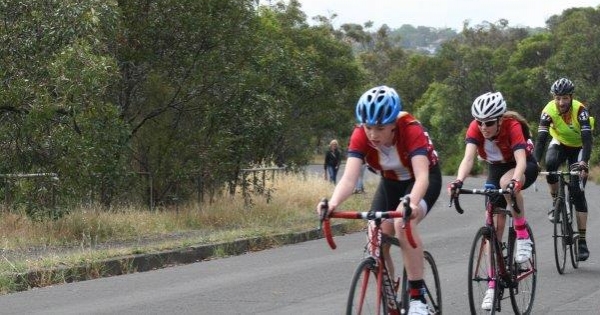 This is the second year of this seven race series with events running from November until March. In the first year St Margaret’s and Berwick Grammar School won the series against a number of very large and powerful sporting schools. This series is at a most interesting stage with our squad extremely narrowly in front of Scotch College, Caulfield Grammar, St Kevin’s and Camberwell Grammar. There have been six rounds involving road races, hill climbs, individual time trials and team time trials. In addition to the overall school award there are also individual awards for male and female, senior and junior in different grades. After six rounds Phoebe Thompson is a clear leader in the Junior Female A Grade category as is Lachlan McPhee in the Junior Male B Grade category. A number of our other riders are also near the top of their category. The squad is really looking forward to the final round to see if they can win the fabulous Simon Gerrans Trophy again.