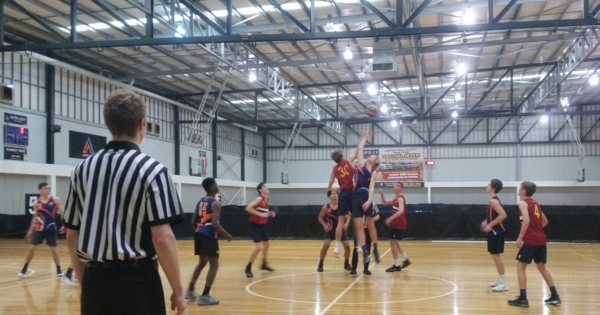 The BGS Intermediate Basketball team recently took part in the qualifying round of Victorian College Championships Basketball Tournament at the State Basketball Centre in Wantirna. The boys first took on Waverley Christian College, winning comfortably by over 30 points. In the second match they played Hallam Basketball Academy and after a closely fought match managed to triumph by just 1 point! The boys were trailing by 1 with 5 seconds left and Cooper Wright hit 2 huge foul shots to give them the lead and hold on for the crucial win. In the final pool match the team beat one of the Berwick College teams easily before moving on to the knock out matches. In the semi-final against St Monica’s the boys easily accounted for their opponents on the back of some tight defence from the Bourne Twins. The final was a very closely run game against Alkira, with Nick Riordan leading the team to victory, making a number of big shots. The boys now move on to the finals day at MSAC on Thursday 14 June.