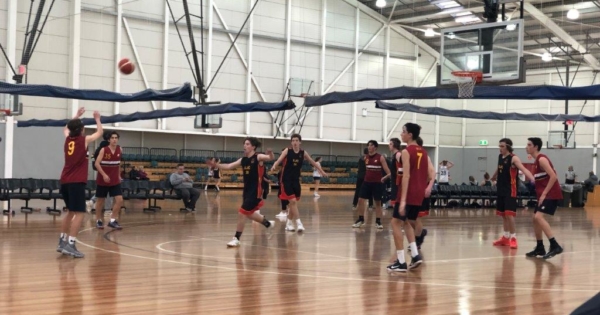 After a successful preliminary day at the State Basketball Centre the Berwick Grammar Intermediate Basketball Team won through to the State Finals of the Victorian College Championships basketball tournament. The finals day, held at MSAC, consisted of the top performing teams from the qualifiers around Victoria. Led by team captain, Nick Riordan, the boys again topped their pool beating St Monica’s College, Berwick College, Doncaster High School and drawing with Caroline Chisolm Catholic College. In the semi-final the boys again played to potential, beating Alkira and going on to play St Joseph’s Geelong in the final. Despite the boys best efforts they came up just short in the final, finishing runners-up in the state. This team progressed further than any previous Berwick Grammar School team in this competition and all members of the team should be proud of their contributions.