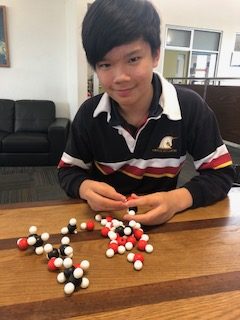 ICAS is an independent skills-based assessment program that has been running for over thirty years.  Each year over one million students from over 6000 schools participate in the competition.  These boys participated in the competition voluntarily and stayed after-school to ensure that there was no disruption to their regular program and they met the criteria of the competition.

This year the results are commendable.  Of the thirty-eight participants, we received 1 High Distinction, 6 Distinctions and 13 Credits.  In every year level, the average score was higher than that nationally and our standard deviation was smaller.  This means that our boys out performed similar students around the country and that their group was more closely clustered than the rest of the country.

I would like to congratulate Ryan Xie for achieving the highest result at Berwick Grammar School attaining a High Distinction in the competition.  Well done.