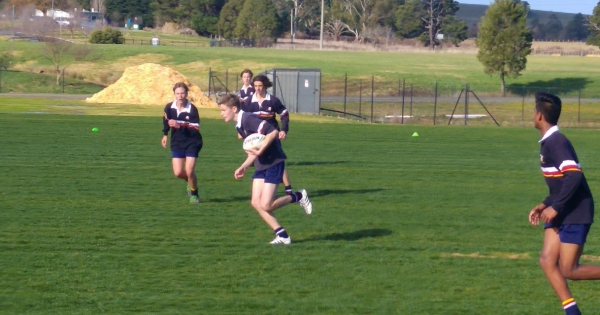 Term three has seen BGS field four teams in the SIS weekly sport competition. Our newly resurfaced oval has played host to several home fixtures for the Intermediate Soccer and Touch Rugby teams, whilst our Senior Basketball and Junior Netball teams have travelled to Cardinia Life in Pakenham for their home fixtures. Whilst all four teams have made promising starts to the season, it is the Intermediate Touch Rugby and Senior Basketball teams who have had the most success, both remaining undefeated with two rounds to go and hopefully each team can secure a pennant for the school at seasons end.

In the coming days all BGS students will head to SMS to compete in the annual BGS House Athletics Carnival. Students have been training hard for this carnival during Physical Education and House Sport lessons as well as the early bird training sessions held at SMS three times a week. Hopefully this hard work will lead to some great results for all of those involved, and a strong BGS Athletics team for the SIS Carnival to be held at the Melbourne Sports and Aquatic Centre the following Monday.