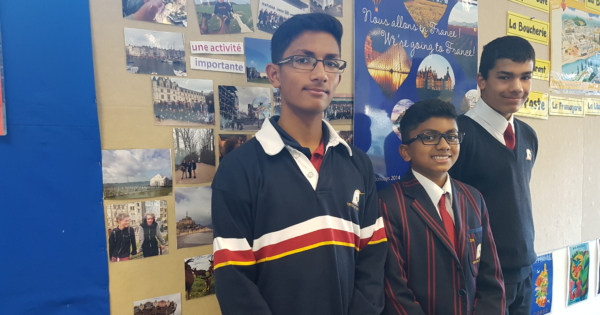 The French touch at BGS

After a semester of hard work, it is time for us to celebrate.

More than 5000 students across primary and secondary schools in the State of Victoria took place in May-June in the Berthe Mouchette poetry Competition 2018. At Berwick Grammar School, Year 7 to Year 10 students learnt the poem set for their year level on the topic of ‘Voyage.’ They soon discovered that poetry is a way to voyage in a realm of imagination and emotions. Each poem was a call to explore the sublime within us and around us.

A special mention for the Year 9 students who chose to turn their rendition of the poem in the form of a rap. It was for us all in class ‘un moment de pur plaisir’

At the end of the competition, it is with much pride that we would like to congratulate Venuka Munasinghe of Year 8 and Navaal Saeed in Year 10. They are finalists and have both scored 20/20. They will be representing BGS respectively at the Alliance Française Finals on Sunday 24th June and Sunday 22nd July.

Congratulations to our awardees and finalists and to all the French students for their participation in these competitions.