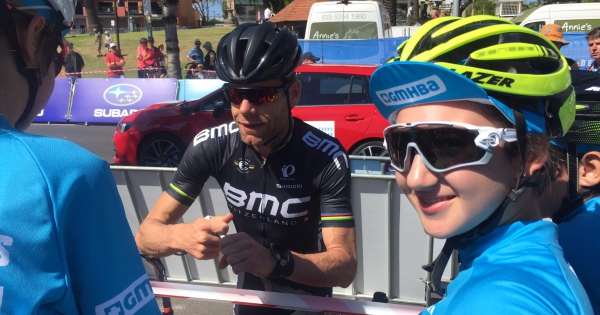 Reporting on student achievement is always a pleasure and we have seen some amazing efforts from current and past students over the past few weeks.

Breann Moody (Class of 2015) has been making an impact on the national sporting stage as part of the inaugural AFL Women’s competition. Brea was drafted to Carlton via the Cranbourne VFL team and made her debut in the first ever AFLW match between Carlton and Collingwood held at Ikon Park in front of 24,000 fans, wearing the number 16 guernsey as she did for SMS during her 6-year school football career. Brea acknowledges the part that St Margaret’s played in her development and we are proud and excited to follow her football career for many years to come.

Octavia Skendzic (class of 2016) whose sculpture The Musician and Art folio were selected to be included in the Top Arts 2017 exhibition. This exhibition will be held at NGV Australia Federation Square from 24 March – 16 July 2017. Top Arts is an annual exhibition that presents outstanding artwork from students who have completed Art or Studio Arts as part of the Victorian Certificate of Education (VCE).

Emma Easton (class of 2016) has accepted a scholarship offer from the University of Tasmania in Hobart and begins her studies next week. The scholarship is worth $20,000 and includes financial assistance with international study opportunities. She will be studying a Bachelor of Science, majoring in zoology and hopes this will lead to a career as a zoo keeper. She has always been passionate about working with animals and in the threats faced by endangered species. This was fostered, in part, during her time at St Margaret’s, particularly a social service activity she helped to coordinate which involved sewing pouches for baby native animals at the Healesville Sanctuary.

Olivia Weston (Year 12) and Jessica Day (Year 9) won their sections of the GSV Triathalon (out of over 700 girls who competed).

Caitlyn Lewis (Year 8) was one of 380 ballkids to take to the courts for the duration of this year’s Australian Open. After a 10-month training journey which commenced with level 1 trials (2,500 boys and girls) to the training team (440) Caitlyn made it to the final cut of 380!  This three-week experience in January saw Caitlyn on court with the biggest names in tennis, including Andy Murray and the Williams sisters, however the experience provided so much more; many new friendships were formed, communication and teamwork skills enhanced and leadership opportunities provided.