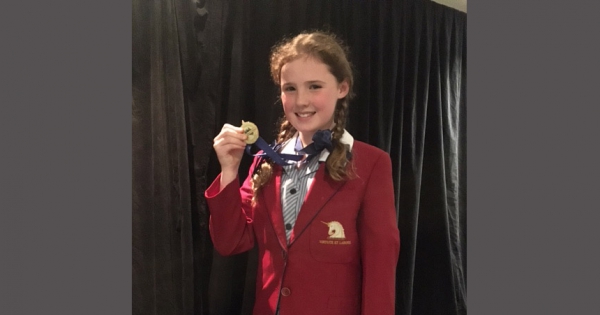 Congratulations to Phoebe Bourke in Year 5, who recently won the Year 5 / 6 State History Award. She wrote an essay about the Second World War, told from the perspective of children who lived in Australia during the time, interviewing her Great Grandma and Pop who had experienced this first hand. Phoebe has a love of history and had been working with her Year 12 mentor Georgia, who suggested she enter the competition. As a part of the judging process, Phoebe had to attend an interview to explain her inspiration for her piece and also to verify the work as her own – after this she received notification of being in the top 3 of the state, going on to win this title. Her prize included a medal, certificate and $200, which she plans to put toward her first car! Hopefully Phoebe’s participation and award has inspired many other buddying historians among the school who may wish to take part next year.