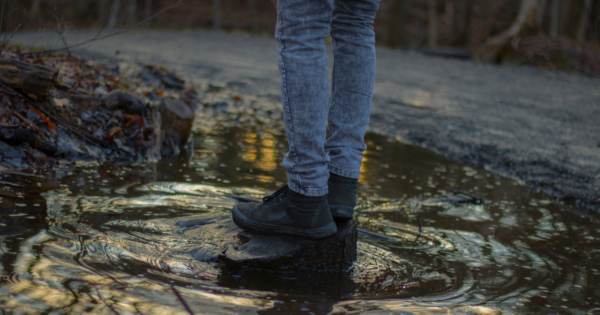 When things get hard, it is easy to give up.  But if you can’t get the job done now, will you ever?

There’s a beautiful story Admiral McRaven shares in the ninth and penultimate chapter of Make Your Bed.  It starts at Hell Week in Navy Seal training – the toughest week of exercises and training activities that aims to finally sort those who can be Seals from those who do not have what it takes.  I’m sure we can all imagine just what that entails – and those of you who have watched the film American Sniper will have seen just how tough this is.

By the Wednesday of that week, the men of his class were physically and emotionally exhausted.  The infamous Tijuana mud flats with its thick clay-like surfaces had gotten to them.  They were cold, sore, tired and almost ready to give up.  How were they going to get through three more days of hell?

Meanwhile, the instructors offered them hot chicken soup if they gave up, if they didn’t have it in them to continue.  McRaven felt the man next to him slump, and get ready to take the offer…. But he grabbed his arm and pulled him back.  The two men struggled for a while – one ready to give up and the other not ready to let him…. And then suddenly, out of the darkness, a voice began singing.

It wasn’t a pleasant singing voice by any means.  But it was a song they all knew, and one by one, they joined in. The man beside McRaven stopped struggling and began singing too.

When things get hard – giving up may seem easy, but living with a lifetime of regret for not having a real crack at your dream is a heavy and long-term burden.  Instead, when things get hard, work with and inspire others.

The man who began singing was a hero.  He did something to bring the struggling team together and to unite them in the most difficult of circumstances.  That is leadership.  That is the greatest exercise in hope.

One person really can make a difference.

It is no mistake that connection is one of the nine facets of the Wellbeing Hive.  As the popular saying goes, alone we can do so little, together we can do so much.  It is the people around us who can help us get through the most difficult of times.  Sometimes, you will be the man struggling in the darkness, buoyed by the sound of a voice singing, and other times, you will be the singer – leading the people around you to a better outcome. Either way, both are expressions of hope – and investment in tackling a challenge and believing in the best outcome for yourself and those around you.

This is the final in a series of articles inspired by Admiral William H McRaven’s Make Your Bed Speech – focusing on little things you can do to change the world.