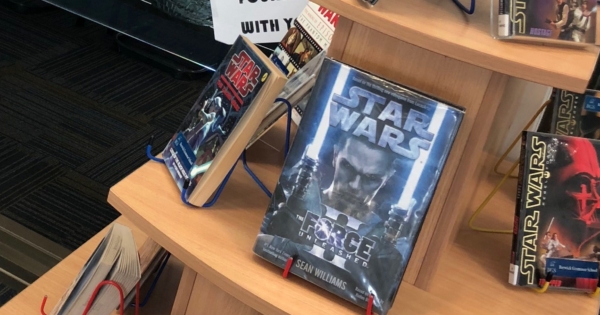 The Force was with us at Berwick Grammar School as we celebrated Star Wars Week during the first week of May.

With boys learning all about mindfulness and how this is explored by the Jedi Knights in Star Wars through our lunchtime Jedi Academy, we thought we might extend some of these lessons through a whole week.  There were different activities for each day – mindfulness practices, an activity linking the VIA Character Strengths we have been learning about to Star Wars characters, a meme competition and a colouring competition.  The showcase was of course the costume competition for our Assembly on Thursday – this is where we really saw who the real Star Wars characters were, and if there were more Jedi or Sith on campus!

Boys who spoke at assembly had to share their favourite Star Wars film and we were treated to a fascinating mini-debate on one of the key questions for Star Wars fans – the original trilogy, or the prequels?  We were also delighted by the various Star Wars themed musical items – as always the boys’ musical talents leave us all amazed.

The Year 7 students were particularly active during the week and should be congratulated for their enthusiasm.