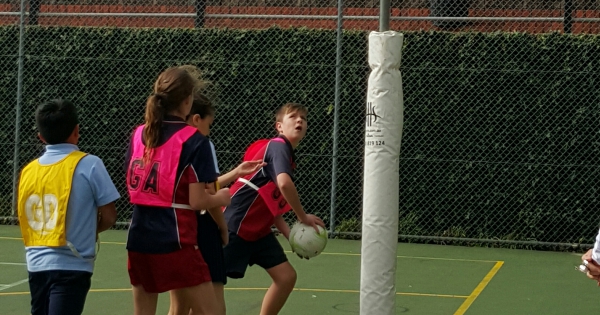 The annual St Margaret’s Interschool Netball Challenge, proudly sponsored by Noone Imagewear, was once again a resounding success in 2016.

The girls-only competition ran on Wednesday 4 May and the mixed competition on Thursday 5 May. The girls this year consisted of 15 teams. We were fortunate with the weather on the day of competition and all participants and spectators enjoyed an exciting day of competitive netball. Our SMS teams were highly competitive with one team placing third overall. Congratulations to the girls competition champions, St Michael’s Primary School.

24 mixed teams participated on the next day of competition. With teams battling strong winds throughout the day and shorter games due to the large number of teams involved, most games were decided by only one or two goals. The day culminated in an enthralling finals series. The match of the day was undoubtedly the final between St Catherine’s Primary School and Beaconsfield Primary School. Congratulations to Beaconsfield Primary School for their narrow victory after both normal and extra time and for taking home the 2016 Mixed Championship.

Thank you to all schools for participating. We look forward to another great competition in 2017.