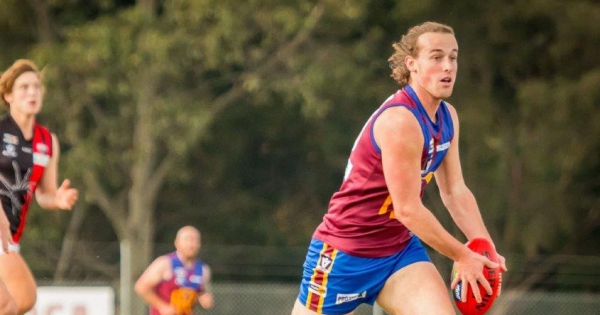 FOOTBALL SUCCESS
Year 12 student and Captain of Sport, Joel Laycock has recently been playing senior football for the Pakenham Football Club. Joel still qualifies to play in the Pakenham Under 19s and has often been named as one of the best players in the Seniors. We congratulate Joel on this achievement and will follow his progress with interest.

BADMINTON DEMON!
Year 8 student Gavin Li has been selected to play in the Under 15 Victorian State Team for Badminton, called the ‘Victorian Demons’. Gavin was selected for the team of six from a pool of over 20 to 30 players, after the coaches watched him play in a number of tournaments.
Gavin is passionate about the sport, training five days per week (seven days a week on the holidays) for the last three to four years, with his club High Performance Badminton. Gavin has also represented BGS in our SIS Badminton team, demonstrating his impressive ability.
Gavin will be going to Perth for a tournament in September to play for the Victorian Demons. We congratulate Gavin on this extraordinary opportunity and wish him all the best for the upcoming tournament.

TABLE TENNIS TRIUMPH!
Congratulations to Year 8 student Joshua Cheung who represented Victorian in the National Table Tennis Championship in Tasmania. Joshua played a variety of games – singles, doubles and mixed doubles at a variety of age levels. His team, the Victoria B team, was awarded a bronze medal. This is Joshua’s third Championship, but his first medal. Congratulations Joshua. Your hard work and hours of practice have paid off.