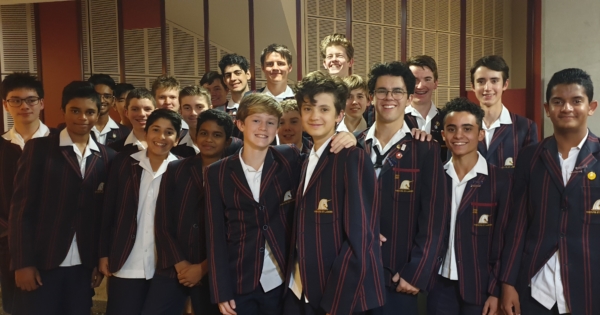 Over 30 boys from Year 7 to 12 participated in this years’ Southern Independent Schools (SIS) Music Festival. SIS Music takes the form of a collaboration instead of a competition with students from 14 different Schools and Campuses combining over 3 days of rehearsals to produce a spectacular concert of music and dance. This year, BGS boys were very well represented in the Senior Concert Band, Junior Concert Band, Choir and Percussion ensemble. The Senior band especially enjoyed a unique opportunity to perform a piece with recorded electronic sounds called “The Machine Awakes”

The boys rehearsed across multiple campuses on 3 separate days with the final rehearsal day being followed by a sold-out performance in the Drum Theatre, Dandenong. The boys enjoyed the opportunity to rehearse under different conductors and play alongside musicians from other schools.  A special mention must go to the BGS VCE music ensemble for their performance of “Viva La Vida” by Coldplay being a highlight of the evening. Overall it was a fantastic experience for all those boys involved and they performed in a professional manner and gave a thoroughly entertaining performance.