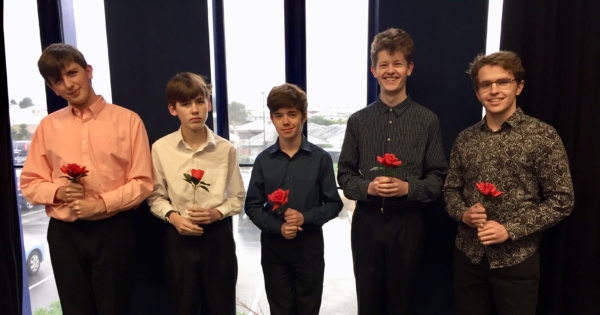 SIS Drama and Theatre Sports is a great opportunity for students to express themselves as various characters and to use and develop their planning and creative thinking skills to produce and communicate a storyline in a safe and positive environment.

Two teams, consisting of the Junior and Senior Team: ‘All Gas, No Brakes’, and ‘The Berwick Grammar Bachelors’ trekked to St Francis Xavier College to compete against various schools and battle off in Drama Games.

The teams were made up of the following students:

Gibberish Scene:
Teams are given a suggestion: E.g. A specific activity or location.

A scene is developed where the performers can only speak in gibberish (a made-up language). They are required to play the actions, emotions, events and reactions to create a story.

Slow Motion Commentary:
Teams are given a suggestion: E.g. An everyday activity.

1-3 players are required to mime an activity in slow motion. Remaining players produce a commentary from the side of the stage as to what is being mimed.

Change Game:
Teams are given a suggestion: E.g. A specific activity or location.

As the team performs a scene the host calls ‘Change’, the last player to speak or do something must say or do something entirely different. If the host continues to say ‘Change’ the player must keep doing or saying different things.

Emotional Rollercoaster:
Teams are given a suggestion: E.g. A specific activity or location, series of emotions during the scene.

The team performs a normal scene with no emotion then change emotions as the host calls out different ones.

Both teams: ‘All Gas, No Brakes’ and ‘The Berwick Grammar Bachelors’ should be very proud of their achievements. Congratulations to Miller. M for receiving the best improvisation award.