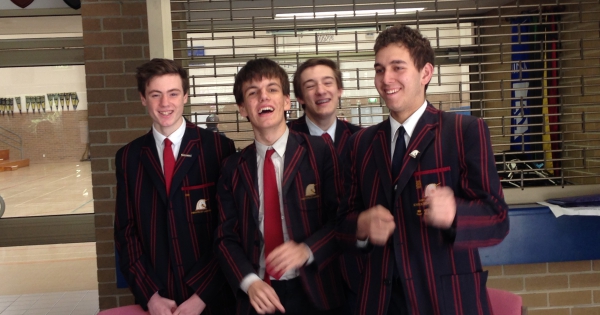 On Thursday 14 September at the SIS Debating Semi-Finals, our two junior teams were regrettably knocked out of the competition. Despite this, their achievement in getting this far should still be celebrated. They have undoubtedly learned a lot from the experience and are in a great position for next year’s competition.

On the brighter side, our senior team (Oliver Ward, Kaelan Dekker, and Will Morgan) emerged victorious against St John’s, earning themselves a place at the finals on 12 October. They are pictured alongside Enrichment Captain, Kash Gaitely.

Kaelan Dekker earned Best Speaker in this high-level debate. Equally impressive was Oliver Ward of Year 9 who stood his ground against veteran Year 11 and 12 students, coming equal second in points for matter, manner and method.