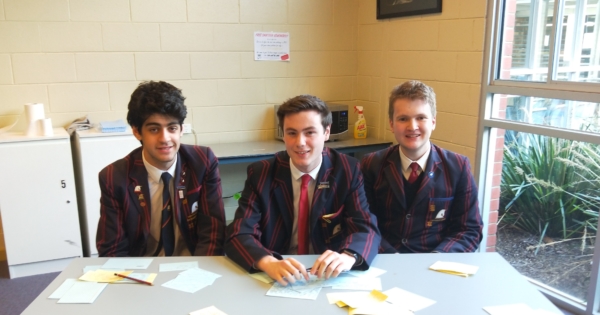 We enjoyed a spectacularly successful round of SIS Debating on Thursday 29 August, at John Paul College in Frankston.

The Junior Team successfully debated against the notion ‘that social media friends are not real friends,’ and successfully argued on the topic ‘that students should be allowed to have mobile phones at school.’

The Intermediate topics were ‘that we should increase research in Antarctica’ and ‘that students should be allowed to order from food delivery services (i.e. Uber Eats/Deliveroo). Our Intermediate Team 1 won their prepared debate, but unfortunately couldn’t sufficiently justify allowing students to order Uber Eats (especially when the canteen is so good!).

A special mention goes out to our Intermediate Team 2 (Connor Beck, Imran Sadiqzai, Ben Scarborough, Gavin Li and Miller Marks-Boulton), who won as many debates as their peers in Team 2 but unfortunately missed out on finals due to a difference in points scored. This team lost their prepared debate; however, they were able to successfully demonstrate the perils of fast-food deliveries in schools (and thus secured a win).

Our senior team were lucky to have a forfeit in their favour, and successfully argued the difficult position ‘that the ban to climb Uluru should be overturned.’ Special mention to Trent Mitchell who was successful in his first debate at this level of competition.

The boys are all eager to see what they can achieve in the Semi-Finals.  Stay tuned to Campus News for updates.