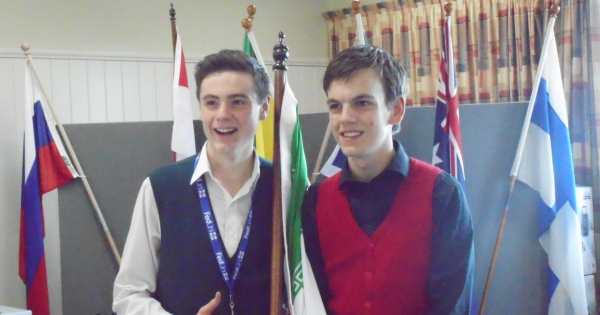 On the weekend of May 5 to 7, Rotary District 9820 held the Rotary Model United Nations Assembly at the Phillip Island Adventure Resort. The event was attended by 26 teams comprised of two students each. These teams act as a delegation, representing the interests of a particular country in a simulated version of the United Nations General Assembly.

Participants were awarded points for being actively being involved in proceedings, taking part in the debates and showing professional conduct and decorum, attitude, ability to listen and compromise, tact, courtesy, general spirit and an ability to work co-operatively with all participants in the process.

This was a unique learning opportunity beyond the classroom, for two of our young BGS student ambassadors: Kaelan Dekker and Oliver Ward. These boys spoke on behalf of the Islamic Republic of Iran, discussing some of the most important issues facing our global society. Issues such as: genocide, the environment, the refugee crisis, gender equality and human rights. They were able to gain new perspectives and in depth knowledge about an increasingly globalized world. Kaelan and Oliver should be commended for the extensive preparation they put into before this event and their outstanding performance.  Berwick Grammar School were awarded 2nd Most Respected Delegation at the assembly, and were each awarded with a certificate and a $50 gift card.

If the bright, young minds as this event were in charge of our future, we would be in safe hands. We would like to thank the Rotary Club of Casey, for sponsoring our school to attend this outstanding event.