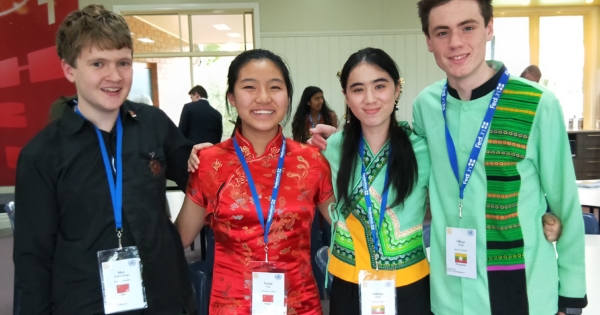 Between Friday 18 May and Sunday 20 May, the 9820 Rotary District held the Rotary Model United Nations Assembly (MUNA) at the Phillip Island Adventure Resort.

St Margaret’s and Berwick Grammar School sent two delegations to this event, which were kindly sponsored by the Pakenham and Berwick Rotary Clubs.

This event provides an opportunity for students engaged in global politics to meet with like-minded students from across schools across Victoria. Over three days, participants represent an assigned country to debate actual resolutions debated in the real world United Nations General Assembly.

It is a fantastic learning experience, where students need to exercise empathy and critical thinking, while applying their knowledge of global politics and international relations in a meaningful way.

They competed with 22 other delegations, and were judged on their public speaking manner, how accurately they represent their assigned country, their ability to work in a team, and how well they cooperated with other countries in the assembly.

We are incredibly proud of the achievement of these students and are immensely grateful to Rotary for affording this opportunity to our students.