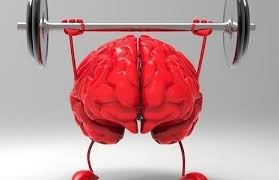 The following is a modified version of an article from Business Insider Australia magazine and was published on November 24, 2019.

Teaching kids how to develop mental strength isn’t about ensuring they won’t cry or insisting they push themselves to their limits all the time. Instead, it’s about raising a child who is equipped with the social and emotional skills they need to become a responsible adult.

Here are seven parenting habits it is suggested we should give up if we want to raise mentally strong kids:

When you say things like, “Don’t worry about it. It’s not a big deal,” you’re implying that your child’s feelings are wrong – or that they don’t matter.

Kids need to know that it’s OK to feel a wide variety of emotions. And the key to living their best life is about managing emotions (not suppressing them).

A healthier message is to say, “I know you feel scared right now, but I also know you’re strong enough to face your fears.”

It’s tempting to give in when your child is whining or throwing a tantrum – especially on the days when you just don’t have the time or energy to address the issue.

But each time you give them what they want, you teach your child that their misbehaviour is an effective way to get their needs met. If you want to raise mentally strong kids, stick to your limits. Teach them that they can cope with their discomfort and learn healthier ways to manage their emotions.

If they always get everything they want, they miss out on learning valuable life skills – like self-discipline.

They will also be more likely to grow up to be materialistic, which is associated with decreased levels of happiness in adulthood.

Set limits on what you give your child. Let them know what it’s like to experience disappointment, and teach them how to work for things they want to have.

While high expectations are good for kids, setting the bar too high is likely to backfire. Whether you expect too much from your child on the sports field, or your academic expectations are unreasonable, kids who feel they can’t succeed are likely to stop trying.

They’re also more likely to struggle with self-esteem issues because they will feel as though they aren’t good enough.

Help your child aim for big goals – but make sure those goals are realistic. And use mistakes, failures, and setbacks to teach important life skills.

Many children are being given an equal vote in important family matters, like whether the family should move to a new city or if a parent should accept a new job.

While it’s healthy to show kids you value their opinion, it’s also important to make it clear that you’re the leader. Otherwise, kids grow up feeling anxious – they really don’t want to be in charge. Make it clear that you have the knowledge and skills to be a good leader – a leader who listens to everyone – but ultimately make the decisions based on wisdom and expertise.

Although it’s tough to see our children fail, standing in between your child and the natural consequences of their behaviour does them a disservice.

Sometimes the best thing you can do to help kids build mental muscle is to get out of the way. Give them a chance to flex their muscles on their own – and deal with the aftermath when they don’t succeed.

There’s nothing wrong with reassuring your child that they will be OK when they’re convinced they aren’t going to pass a test or worried about not making the team.

But you don’t want your child to be dependent on you to counter their negative self-talk. And constantly saying, “Oh honey, you’ll do just fine,” doesn’t teach them how to develop a healthier inner monologue.

It’s important for kids to learn how to respond to self-doubt on their own. And they need to learn that they shouldn’t believe everything they think.

When you catch them thinking exaggeratedly negative, teach your child to “argue the opposite.” When they think, “I’m going to be the worst kid on the basketball team,” ask them, “What’s the evidence you might not be the worst?” Gathering the evidence can help them develop a more realistic, balanced outlook.