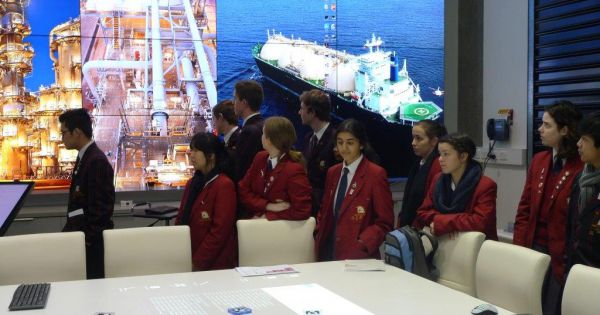 On June 3 the Year 12 Physics classes from St Margaret’s and Berwick Grammar School visited Monash Clayton Engineering Department to perform some experiments and observe some of the latest research. The students were all able to get hands on experience in using expensive equipment to perform some of the experiments described in their VCE coursework. They were led through the experimental work by two doctoral students, one doing research on new polymers and the other doing some remarkable work in constructing little ‘carriers’ that will transport and hold stem cells when they are being used to help regenerate areas of the brain damaged by traumatic injury.

The group was then taken through the innovative research area where so much had changed since a similar visit twelve months ago. The use of 3-D printers has grown exponentially with so many applications being trialed. One particularly new area financed by Woodside Energy was producing amazingly intricate components that could be used in energy production. The metal 3-D printer has started producing components that are far more precise and amazingly far stronger than the conventionally produced articles. The students came away thinking that they could clearly see where much of the VCE coursework could take them if they chose that path.