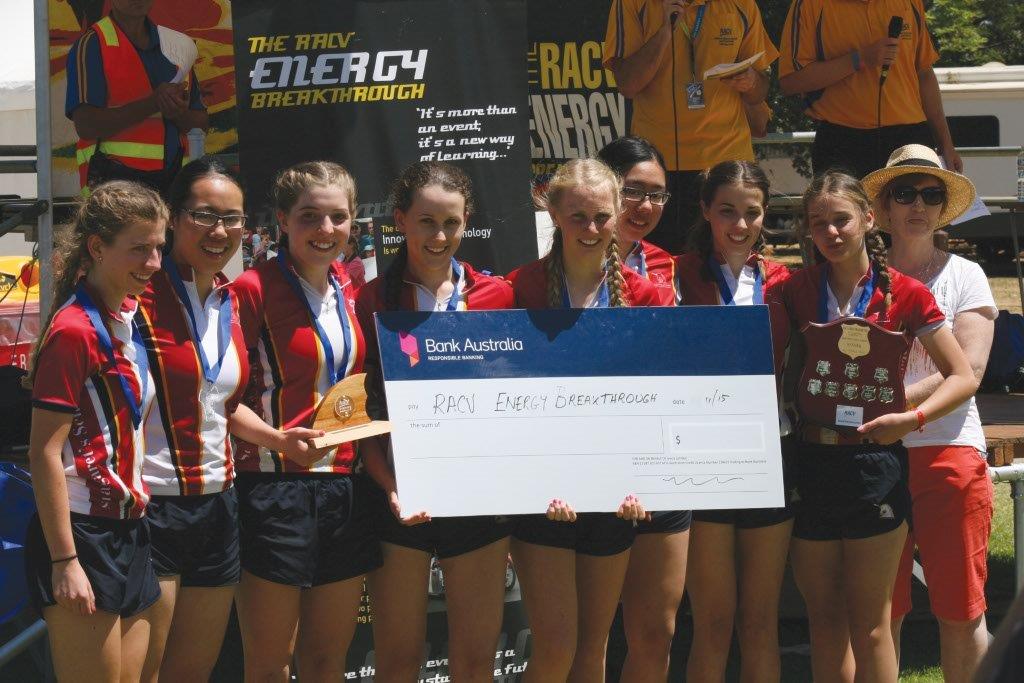 Four days were spent with over two hundred members of the school community at Maryborough during the recent RACV Energy Breakthrough Challenge. Students and ex-students, teachers and family members made up this wonderful group. Accommodation was in tents for nearly all and catering was provided by our own group. This was a huge organisational exercise that came together through the outstanding work of our leaders. The outcome was amazing, the best measure being the amount of smiles and laughter throughout the four days. The meals were superb with over one hundred and sixty people being fed at every sitting.

Our school entered eight teams, with three primary teams in a multidiscipline event and five secondary teams which completed a twenty-four hour endurance event. All teams were also required to put on a presentation depicting their preparation throughout the year and answer in-depth questions about the technology involved with their own vehicle.

All teams performed superbly with even our youngest team from Year 3, 4 and 5 being highly competitive. The ultimate aim, for all teams to finish in the top 10 in their category, was achieved. Three of our teams, a primary mixed team in Shooting Star, a senior boys’ team in PerZeus and a junior secondary mixed team in Chrysaor were runners-up against incredibly strong opposition. The senior girls’ team in Pegasus was untroubled to win their fourth successive Maryborough event. This year they won the endurance event by a staggering three hundred kilometres. The girls’ event has now been held nine times with the St Margaret’s girls winning on six of these occasions.

Without doubt the best results did not happen on the race track but in the camping area where there was a wonderful feeling of cooperation and enjoyment.