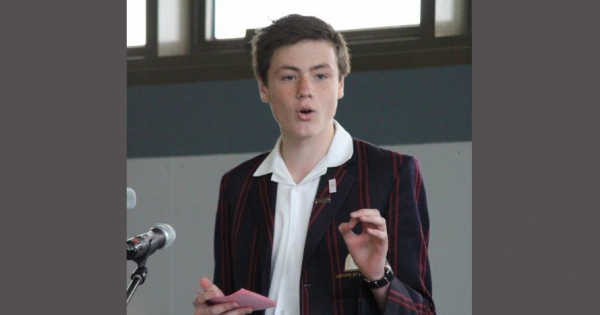 The annual Berwick Grammar School House Public Speaking competition was held on Monday 24 October. Hosted by Abdul Mohammed and Will Morgan, the audience was informed and entertained as their peers spoke about issues and topics they were interested in or felt strongly about. Some of these included the American presidential race, the softness of Generation Y, PE should be mandatory in schools, the worst internet trends and political correctness.

Oliver Ward was also awarded the Best Overall Speaker, with his speech on ‘Why Australia Needs a Space Agency’.

Once again, Forsyth proved to be undefeatable and claimed the House Public Speaking title for the eighth consecutive year.