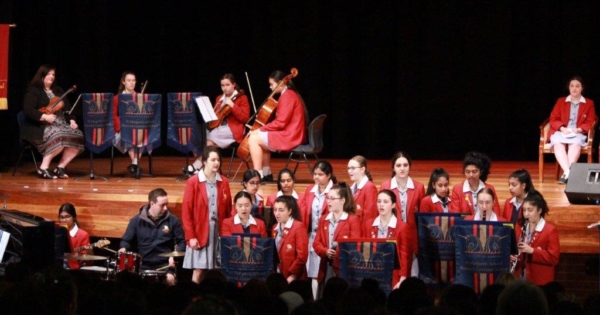 We have been focusing on leadership over the past few weeks in Senior School. Our first assembly this term saw the 2018 School Captains officially hand over their responsibilities to Ashlee and Meg, the School Captains for 2019. We were very pleased to have past student Sophie Weston (class of 2013) offering sage advice to the girls based on her leadership experiences both while a student at St Margaret’s and in the years since she left school.

Last week we held our student Leadership Induction Ceremony where it was acknowledged that all Year 12 students are leaders and role-models in the school. They were presented with their Unicorn pin and later proudly put on their new Year 12 red jumpers. Our thanks goes to past student Emily Somers (class of 2003) who spoke brilliantly about her experiences post school which led her to developing her company Bravery where she enacts the school philosophy of leadership through service. At the induction ceremony the following students were appointed to take responsibility for various portfolios in 2019;