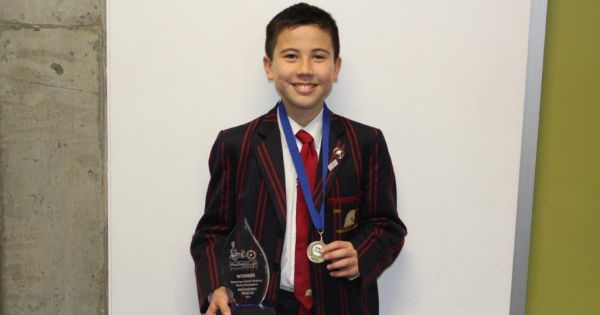 Term 3 has been no exception. I find it hard to believe that we are at the end of term already. Reflecting over the term it is hard not to notice how much we have achieved. From academics, to sports and performing arts. Not everyone excels, but everyone has persevered and taken the opportunity to give it a go and for that, they must be congratulated.

Leo Terray of Year 7 (pictured) entered the Victorian state Robocup competition that was held on Tuesday the 16 August. There were over 600 students, 40 schools and 200 teams participating in the state competition at the University of Melbourne. Leo won first place in the Secondary Rescue team division. Congratulations to Leo for this outstanding achievement.

It gives me great pleasure to announce all of our 2017 Captains.

I wish you all a wonderful and relaxing holiday.