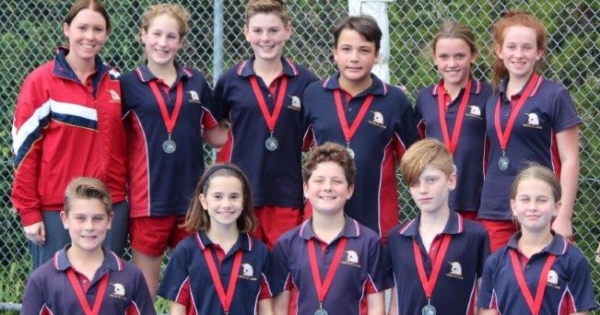 It’s been an absolute pleasure recently to meet with some of our ELC parents and show them around Junior School. We understand that starting school can be a be a big and sometimes daunting change for young children so it’s important that our families become more familiar with school life beyond the pre-school years. As we moved together around the school, we were warmly welcomed into the classrooms where the students were keen to share their learning and achievements. Our Prep transition program, commencing in Term 4, also helps the children feel more confident and ready for starting school. We are planning to run another Junior School tour on a Wednesday morning before the end of the term. The date will be confirmed soon but please feel free to contact me at reedc@stmargarets.vic.edu.au if you would like to have a wander around and become more familiar with Junior School.

The 20th Annual Interschool Netball Challenge was another huge success for our local community. Once again the Junior School hosted the competition that ran for two days involving forty netball teams from neighbouring schools. Our school was proudly represented by one girls team and one mixed team supported by Miss Alan Cary and Mr Peter Robertson. All teams competed with enthusiasm and a positive team spirit with Timbarra Primary School, Berwick Fields Primary School and Beaconsfield Primary School qualifying as the overall winners. It was a thrilling grand final in the mixed team division with our St Margaret’s and Berwick Grammar team finishing in second place after Beaconsfield Primary School shot the winning goal just before the siren. It was a real nail biter! Many thanks to Mr Andrew Hibbins and Miss Courtney Rabl for their outstanding organisation and ensuring all visiting schools were warmly welcomed and informed about the running of the event. A special thank you to Jayne Black and Noone Imagewear for their generous support and Councillor Collin Ross, Mayor of Cardinia who presented the awards to the winning teams. It’s a popular event on our schools calendar that brings our local community together and we all look forward to next year’s Interschool Netball Challenge.

Mrs Tracey Hallam will be on Long Service Leave for six weeks from Monday 14 May until the end of the term. Mrs Maria Mitchell is very happy to replace Tracey as teacher in 2TH during this time and is looking forward to getting to know the students and their parents. Mrs Mitchell is a familiar face in Junior School and has been spending time in the classroom in preparation for her role. We wish Mrs Hallam all the best as she spends some quality time with her family.