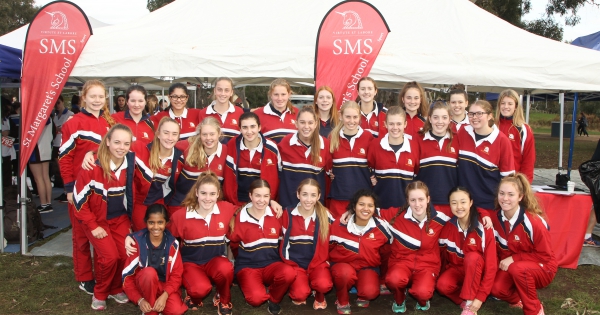 The SMS Cross Country team, led by Captain Lauren Herbert, has recently tasted success by winning the Division 3 GSV Championship Carnival. SMS has a proud culture of running and the group has been expertly coached by Chris and Anna Macdonald three mornings per week, year round. Seven SMS competitors featured in the top ten across the three age groups and the senior team won the age group trophy, with Olivia Weston of Year 12 selected to be part of the GSV Representative Team. The carnival day was a great atmosphere and we are very proud of the girls for getting the reward that their hard work deserves.

The SMS Aerobics teams coached by Katie Martin have once again achieved brilliant results this term with two teams having progressed from the Preliminary Finals to the State Finals held in Geelong. Two individuals, Tahlia Lane of Year 9 and Ashlee Duhau of Year 8 have qualified to go to the National Finals held on the Gold Coast in August. We wish them the best of luck.