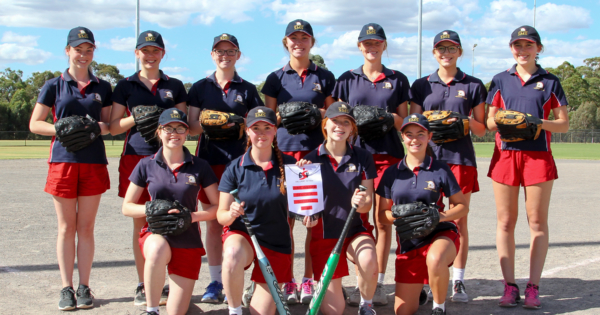 The SMS Senior Softball team has capped off the perfect season by taking out the GSV Senior A Grade Premiership. Training began late last year including some sessions with Australian players and coaches, which were invaluable. Having been dominant throughout the regular season, the team finished undefeated in their zone to progress to finals held at Jells Park where they accounted for Korowa 25–9 in the semi-final and defeated Ivanhoe 12-8 in a hard fought grand final. SMS then had the honour of representing GSV at the All Associations Finals where they took out bronze, going down 14-5 to eventual premiers Caulfield Grammar (APS) but bouncing back to defeat Huntingtower (EISM) in the playoff for third.