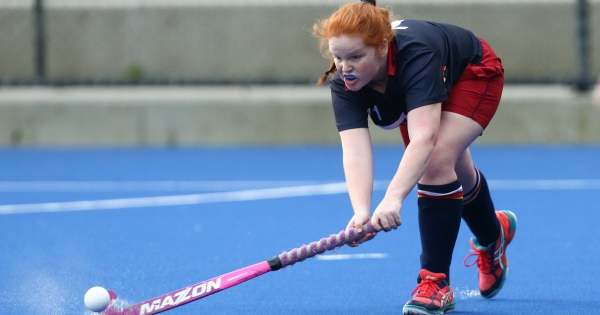 The girls of the Intermediate hockey team performed very well during the season, being undefeated in the season and winning their zone. Last week they travelled to the State Hockey Centre in Parkville for the semi-finals against Toorak College. In a high quality match the team triumphed 4-1 with Shae Jones scoring all four goals.

The team then had to meet MLC in the final. This powerhouse of the GSV had not had a goal scored against them all season so it was going to be a challenge. At half time the score was 3-2 but after that, a devastating 5 minutes by MLC saw them score 3 unanswered goals. St Margaret’s was outplayed on the day but the girls should be congratulated on a wonderful season. Congratulations to the team; Shae Jones, Lauren Walsh, Darcy Hetherington, Ashlee Brotherton, Ellie Ashwell, Jamieson Dykes, Jessica Day, Elizabeth Day, Priya Walker, Shelby Clausen and Naomi Drego.