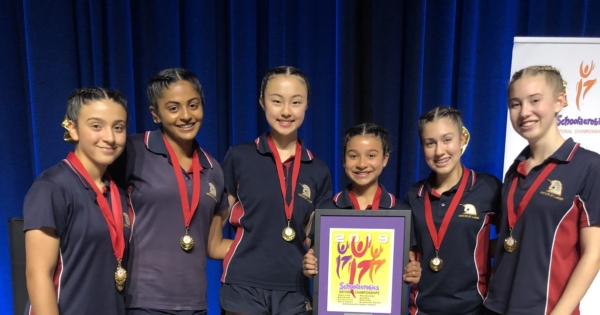 I recently spoke on a panel exploring female leadership in education and what inspired us. Not surprisingly, I spoke of making young people the best they can be for all humanity and the planet. It was fascinating the number of other principals that spoke of the desire to engender global citizenship skills in their students, as we have been doing for some years. On another panel recently I was speaking about our Certificate of Global Responsibility and it attracted incredible attention. We are being recognised as a leader in this field I know. One condition for developing international mindedness, we believe, is exposure to those with different ways of knowing and being. Exposure alone, however, is not enough and the environment must be one that actively fosters deep thinking, reflection and active exploration of one’s own identity.

According to the Australian Bureau of Statistics, the 2016 Census of Population and Housing showed that more than a quarter (26%) of Australia’s population (6,163,667 people) were born overseas, up from 25% in 2011. This continues a trend that has seen an increase in the number of overseas-born people living in Australia since the first Census in 1911. Of the overseas-born population, nearly one in five (18%) had arrived since the start of 2012.

The ten most commonly reported countries of birth for those born overseas were:

While the most common birthplace for those born overseas remains England (15% of the overseas-born population), there has been an increase between the 2011 and 2016 Censuses in the proportion of people born in China (6.0% to 8.3%) and India (5.6% to 7.4%). The proportion of those born in New Zealand has decreased over the same period, dropping from 9.1% to 8.4% of the overseas-born population.

Apparently, as of 2015, Australia had the 9th largest number of overseas-born people, higher than both Spain (10th) and Italy (11th). While the United States of America had the highest total number of people born overseas (47 million or 14% of their population), Australia had a higher proportion of overseas-born people, at 26%. Australia also had a higher proportion of people born overseas than our neighbour New Zealand (23%) and Canada (22%), other countries founded on migration.

In 2016 nearly half (49%) of all Australians were either born overseas or had at least one parent who was born overseas.

What does this all mean? For us at St Margaret’s and Berwick Grammar, we operate in an increasingly diverse community. In my just over 2 years, the proportion of families in Berwick from a non – English speaking background has increased by approximately 5%. For our students it means they have an opportunity to learn how to interact and communicate successfully with those that may be different to themselves. What a wonderful opportunity.

We have had a number of recent successes in debating, GSV Athletics, aerobics, cycling, and mathematics. Two teams of students competed in the Year 9 Maths Games Day activity. This was our very first SMS/BGS combined teams in this competition. Team 1 consisted of Hugo Gaulke, Ovin Jayawardana, Brianna Munns and Alisha Cawsey and Team 2 consisted of Leah O’Sullivan, Annabelle Morton, and David Guzenko. I am delighted to note that Team 1 came in second place by only one point and Team 2 came in fourth place.

In the School’s Cycling Championship our team competed well in very harsh conditions. All our riders performed incredibly well and special congratulations to the following students on their provisional results: Gold Medal – Mikayla Delades (U11), Emily Ford (U13), Stella Delades (U15), James McCurdy (U15), Caitlyn Lake (U17), Miller Marks Boulton (U17), Clare McCurdy (U19). Silver Medals were won by Lauren Nelson (U13), Olivia Ford (U15), Tallis Pritchard (U15), Meagan Hansen (U17), Rylan Hall (U19), Ben Bryant (U17) and Bronze Medal – Mariska Matin. On a related note, Phoebe Thompson (Year 11) is also now on the Australian Mountain Bike Team and will be representing Australia in the World Championships in Canada.

In GSV Athletics we were the host school as well as coming second in the population trophy which registers performance based on number of students. Again demonstrating our capacity to punch way above our weight.

Our School was represented in the National Educator Awards – Best Strategic Plan. It was an honour to represent St Margaret’s and Berwick Grammar and though we did not win, to be recognised as a finalist from the many nominations was victory in itself.