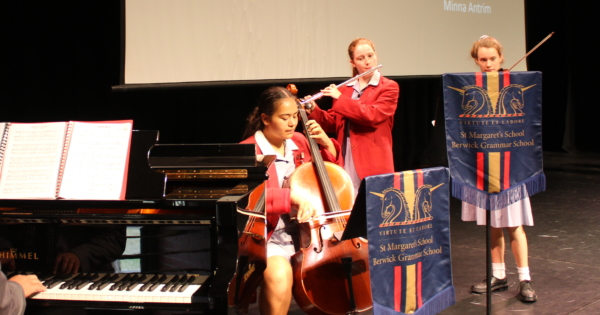 Top Independent Schools in Berwick and Pakenham: St Margaret’s and Berwick Grammar School
Many of you may have seen the article in the Berwick and Pakenham Gazette that noted that the top two independent schools in the Berwick area according to 2018 VCE results are St Margaret’s and second was Berwick Grammar School. The boys’ school jumped well over 50 places in the rankings and the girls’ school retained its high ranking we believe due to the increased emphasis on quality teaching and learning delivered through the Centre for Excellence in Learning and Teaching as well as the hard work of the students supported by their families. The implications for enrolments are already apparent with the numbers in Junior School increasing noticeably, the senior boys’ and girls’ schools also increasing to the point where we started this year ahead of budget.

Global ideas that infuse the local
It has been my great pleasure to represent St Margaret’s and Berwick Grammar at a number of events in China over the last week. One was an education round table where St Margaret’s and Berwick Grammar was one of 8 schools representing Australia. Other organisations present were Austrade and associated Governmental and educational organisations from China. In a world where over 80% of graduates from Australian universities will live and work in countries other than Australia we have a responsibility to educate our young people to operate in a global, multi worldview environment. It was clear our Certificate of Global Responsibility, our hosting of students from other nations in the boutique study tours and the teacher training we delivered in China in September 2018 ensure we are well placed to augment our programs and opportunities for the young people we serve.

International Women’s Day: Women standing side by side
As another International Women’s Day passes we are surrounded by stories featuring ‘inspiring’, ‘brilliant’ and often glamorous women who appear to have it all. In the words of the UN, it is easy to forget that International Women’s Day first arose out of ‘the very unglamorous and sometimes dangerous fight for the rights of ordinary women all around the world’. In response, the United Nations urges us ‘to celebrate acts of courage and determination by ordinary women who have played an extraordinary role in the history of their countries and communities’. St Margaret’s and Berwick Grammar has had 4 female principals since the reinvigoration of Berwick Grammar School which I believe makes us one of the very few (only?) schools where a female principal has lead a boys’ school. We will continue the history at St Margaret’s of developing inspirational women who continue to lead through influence. All the girls were asked to ‘stand with me’ by Mrs Francis in Assembly and without fail, all responded. We are a reflective, responsible community that demonstrates courage, curiosity, character and respect.