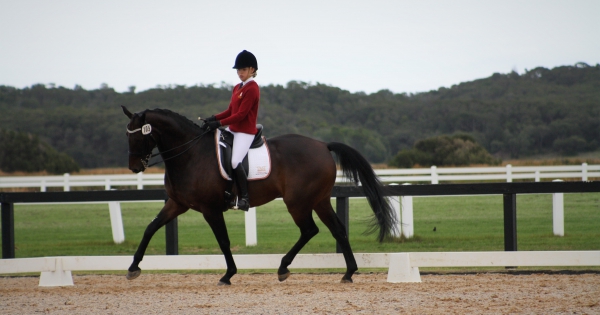 Over the Term 1 break, our SMS/BGS Equestrian team were well represented at The Peter Horobin Saddlery Interschool Equestrian State Championships. This prestigious event is held annually at The National Equestrian Centre in Werribee, where riders from all over Victoria come to compete in a variety of disciplines for a place in the squad for Nationals.

Congratulations to the following students who represented our School so well, including Zali Gosling & Jordyn Treasure from year 7, Daizi Plumb and Georgia Tivendale from Year 8, and Natasha Moody from Year 10.

The efforts of all our riders contributed to a great result overall for our School, with us placing 13th out of 41 schools. A fantastic result for all involved. We are all keenly looking forward to our own school Equestrian event coming up in May.