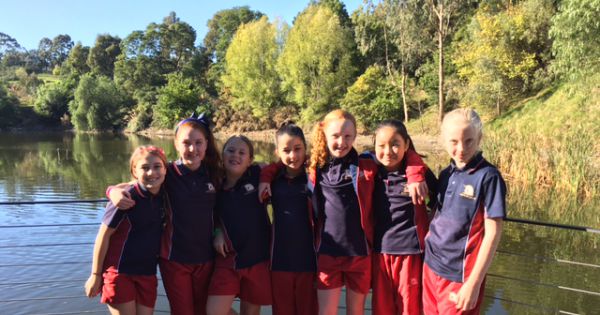 On Monday 15 May, Year 5 students from SMS and BGS visited Wilson Botanic Park to uncover the secrets of the park’s history and look at the way this local resource has changed overtime. Primary resources and artefacts were used to reveal the key messages surrounding the history of the area. These resources were found in a series of time capsules scattered throughout the park. It was interesting to discover that 22 million years ago, Wilson Botanic Park was once covered in tropical rainforest. Furthermore, when you wander through the grounds, it is difficult to imagine the site was an operational quarry until the late 1970’s. After this excursion, we realised that Wilson Botanic Park should not only recognised for its beauty, but its rich local history. A fun day was enjoyed by all those involved.