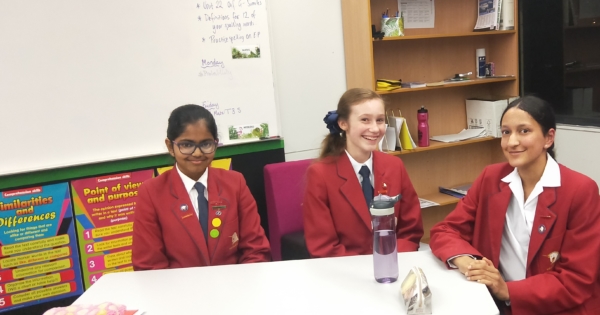 On 27 August, St Margaret’s and Berwick Grammar participated in the first official round of the DAV Junior Debating Competition.

For most of these students it was their first debate, and they are to be commended on the bravery they showed in standing in front of an audience of peers, parents and teachers. Students debated the idea ‘that we should ban junk food in schools.’

Students presented some compelling and pragmatic arguments, highlighting both the negative effects of junk food and the practical limitations in a blanket ban of it. It was impressive to see such complex thinking from such young minds.

We had an evening of mixed success, with one team winning and one losing. However, Declan Coleman and Ananya Srihari were both awarded ‘Best Speaker’ in their respective debates.

Congratulations to all these aspiring young speakers, and best of luck to those participating in the next round on 10 September.