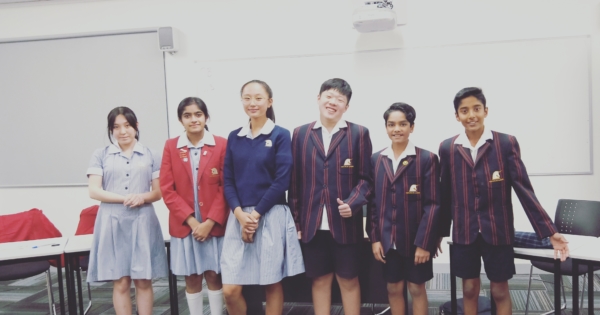 On Thursday 8 March, Berwick Grammar School participated in the first round of the DAV Schools Debating Competition. The Berwick Region is hosted by St Margaret’s School, with debating held over the course of five nights throughout the year.

The first round was reasonably successful, with about half our teams walking away with a win, and the other half regrettably defeated. Our boys, however, were humble in victory and gracious in defeat, and the feedback they have taken from the adjudicators will help our Enrichment Leadership team to plan lessons for the younger debaters.

One in five students at Berwick Grammar is a debater, and we have enjoyed significant success in recent years. Our debating teams are hoping to build on this success this year, and have every chance with new student leadership structures in place, a significantly increased emphasis on peer mentoring and more frequent skills sessions held during lunch time meetings.

This year also sees an increased level of cooperation with the St Margaret’s debaters, as we learn what we can from each other’s success. This year will see more collaboration between the two campuses, with practice mock-debates, and other events to be held together.

As the coordinator of this program, I have been proud to watch the culture of it grow to represent a safe and inviting place within our school environment, and I look forward to seeing it develop further under the watchful eyes of our dedicated student leaders.