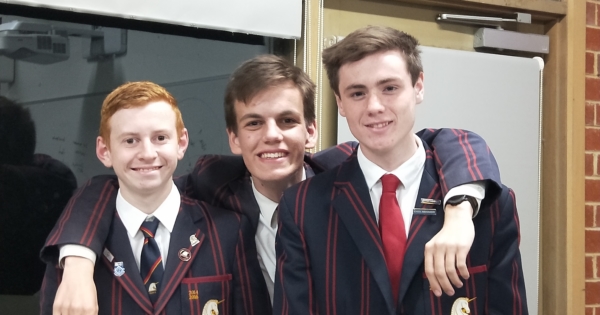 While unfortunately we lost by a single point, the boys must be commended on reaching this level of the competition. They should be especially proud of the fierce display of argumentative public speaking they brought to the debate that night.

The adjudicator commented on the close nature of the debate, the difficulty in arriving at her decision, and the incredibly high quality of the arguments presented.  They have set a high benchmark for the A Grade team of 2019 to follow.