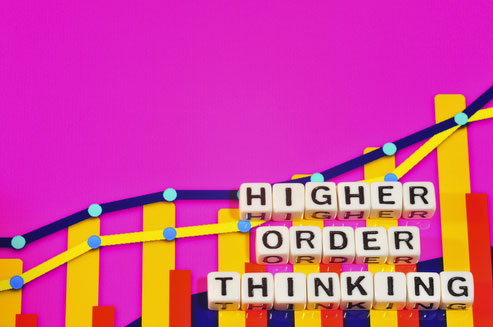 Critical Thinking is one of the secondary school’s Learning Behaviours, a set of characteristics demonstrated by people that will support them in their learning and allow them to become better learners.

We define critical thinking as clear, rational, logical, and independent thinking. It’s about improving modes of thought by analysing, assessing, and reconstructing how we think. Critical thinking involves mindful communication, problem-solving, and a freedom from bias or ego. It’s also about thinking in a self-regulated and self-corrective manner.

However, critical thinking isn’t easy to do, and the assumption is often that it’s much harder to teach as a result. After all, how do you teach someone to think? In 2006, Mark D. Halx and L. Earle Reybold wrote an article called “A Pedagogy of Force.” In it they made an observation which is just as relevant as it was over a decade ago. They claimed that even though learning requires effort, critical thinking requires our full expenditure of intellectual capability. Their research also found that students and teachers both struggle emotionally with the aspect of personal reflection it requires.

From the Pearson article The Importance of Teaching Critical Thinking to Students :

Parents can help develop and support their child’s Critical Thinking capacities by:

Further Information is available at:
https://www.brighthorizons.com/family-resources/developing-critical-thinking-skills-in-children